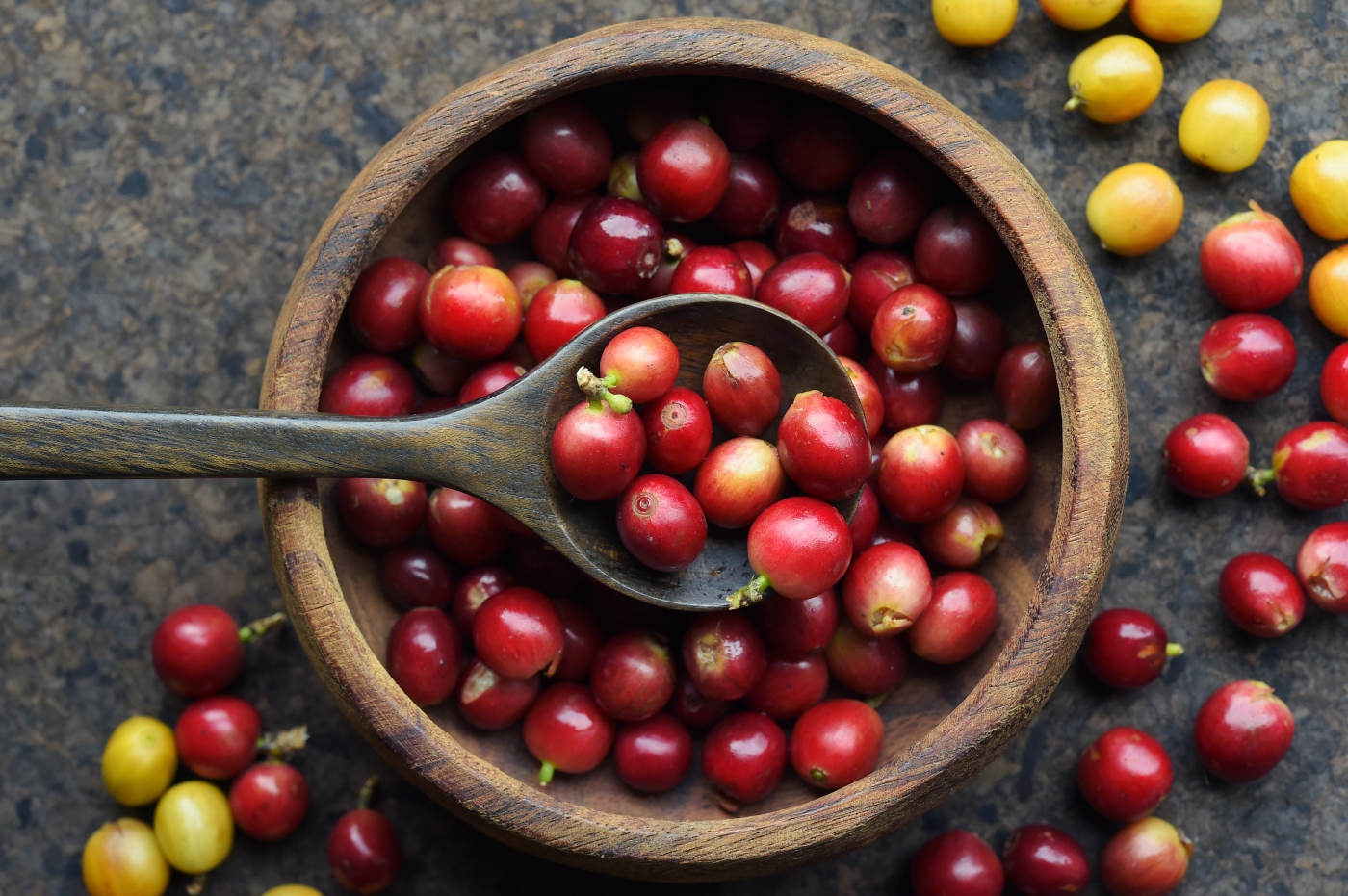 Flavor, texture, clarity, crispness — it all starts with the bean! Coffee is often described using common classifications such as roast, growing conditions, and processing. These descriptives are wonderful at relating the coffee’s highest level information but fail to represent the bean’s intrinsic qualities, which are defined by its variety or cultivar. Like wine, a coffee’s attributes are largely defined by its bean type. In this blog, we break down the prime attributes of the most common Arabica beans by variety and cultivar. Before starting, it is important to clarify key terms.

Variety: A bean variety is an organic mutation that maintains much of the original bean’s intrinsic attributes (e.g., flavor notes, texture, etc.) but varies in one or more significant way. Often varietals develop as a response to new environmental factors such as being transplanted from one country to another.

Cultivar: A cultivar is a bean whose cultivation or existence is due to human intervention. Beans are selected for particular attributes and their seeds are used to propagate a new population. While cultivars retain some of the original bean’s intrinsic characteristics, they are often bred to exacerbate particular attributes.

Note: Panamian Gesha beans hold the record for the most expensive bean ever purchased at $803 per pound in July 2018. 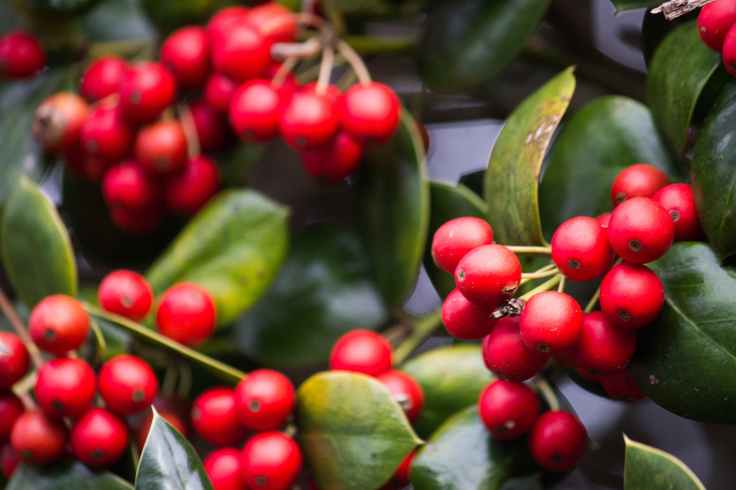 Typica beans are one of the oldest known bean variety. While there is no record of Typica’s development, researchers believe Typica descends from an Ethiopian landscape bean that was introduced and propagated in Yemen. From Yemen, the Typica was disseminated throughout the coffee growing world by missionaries and tradesman. Known for their wonderful body, cleanliness, and exceptionally sweet acidity, these time-perfected beans produce a consistently refined and delicious cup. Typicas are grown in the Americas, Asia, and Africa. Descendents of Typica include:

Jember, also known as S795, is a cultivar produced from Kent (a Typica cultivar) and other S.288 cultivars. Created by the Jember Indonesian Coffee and Cacao Research Institute (ICCRI), Jember beans are known for their decadent brown sugar and maple flavor tones and thick molasses-like mouthfeel. Jember beans are primarily grown in Asia.

Maragogype, also known as the Elephant Bean, is a striking bean known for its resounding size, unmistakable rustic, creamy base and clean, sweet finish. First discovered in Brazil, the Maragogype is primarily grown in Central and South America. 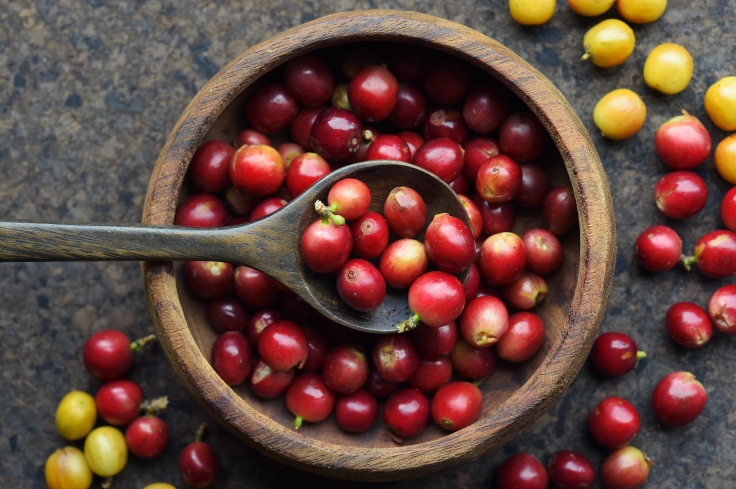 Bourbon beans are also thought to descend from Ethiopian Landscape beans that were brought to Bourbon Island (now known as Réunion Island) by French missionaries where they flourished and matured into a new varietal. Bourbons are known for their exceptional quality, textured body, and sweet complex tones. They are also known for being delicate, low-yielding, and susceptible to disease. The allure of the Bourbon, coupled with the need to create a heartier plant, has inspired numerous cultivars, some of which we discuss below. Presently, this grande dame of beans is grown in Africa and the Americas. Descendants of Bourbon include:

Caturra is a natural Bourbon mutation first identified in Brazil in the early 1900s. Caturras are known for their extraordinary acidity, medium mouthfeel, and ease of harvest (Caturra plants, often referred to as dwarf plants due to their small stature, are easier to harvest than taller Bourbons). Caturras are primarily found in Central and South America.

Tekisik, derived from an indigenous word for work in El Salvador, is the product of 30 years effort to create an intense, luscious Bourbon. Created by the Salvadoran Institute for Coffee Research (ISIC), Tekisik beans have a rich mouthfeel, incredibly vibrant flavor profile, and sugary sweetness layered with bright acidity. Tekisik beans are primarily grown in El Salvador.

SL cultivars were created by Scott Laboratories, a Kenyan-based research organization in the early- to mid-1900s. Scott’s mission was to create a delicious, hearty bean that could withstand drought conditions and yield a healthy crop. Scott Laboratories created many cultivars over the decades but we are focusing only on SL28 and SL34, the two most relevant to Specialty Coffee. SL cultivars and are most predominant in Kenya and can be found throughout Africa. 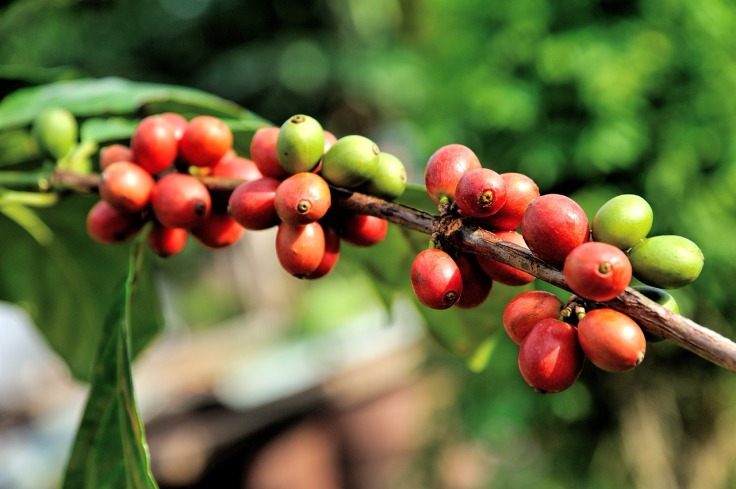 Mundo Novo, a hybrid of Bourbon and Typica, is a hearty, subtly sweet bean with a wonderfully thick mouthfeel and low acidity. Native to Brazil, Mundo Novo is primarily found in South America.

Catuai, a hybrid between Mundo Novo and Caturra, is a cultivated bean created by Brazil’s Instituto Agronomico. Catuai beans produce a sweet cup with good body and a pleasing aroma. Catuai is primarily grown in Central and South America.

Pacamara, a hybrid of Pacas and Maragogype, was developed in El Salvador in the late 1950s. Well suited to high-altitude climates, Pacamaras are highly complex and balanced, with beautiful acidity and subtle floral and cocoa notes. Pacamars are primarily grown in Central America.

We hope this has given you greater insight into your coffee preferences! If you are hungry for more information on bean varietals and cultivars, we encourage you to visit the following sites:

Join 11,985 other subscribers
Follow Coffee with the Queen on WordPress.com